Home Drink Coffee The big coffee debate: is coffee healthy and how much should you drink a day?

Is coffee boon or bane? In celebration of the International Coffee Day on October 1, we look at the benefits and risks

Even before the deluge of multinational coffee chains, the world was already a big fan of the beverage. Whether you call it coffee, kaffe, qahwah, kopi or kohi, the hot fragrant brew evokes a familiar sense of comfort everywhere in the world. Served with everything from cake and biscuits to dough fritters and cheese curds, coffee is universally loved across many cultures and societies. But is that love reciprocated? Is coffee doing us more harm than good? Let’s take a look at the benefits and risks of coffee consumption and work out how much you should really be drinking in a day. 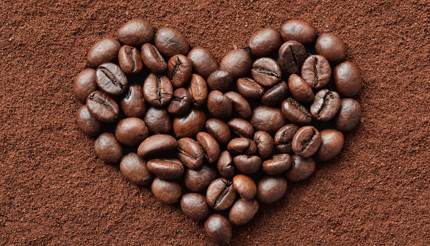 According to the National Center for Biotechnology Information (which is part of the United States National Library of Medicine), green coffee beans contain large amounts of antioxidants. While the roasting process reduces the amount significantly, coffee is still considered as one of the most antioxidant-rich beverages, with 200-500 mg of antioxidant per cup, compared to tea which has about 150-400 mg per cup.

Antioxidants are substances that mop up reactive molecules (or free radicals) that can harm our cells and make us sick.

While antioxidants aren’t a universal health remedy, the link between coffee and antioxidants is enough to spur much research over the years. Here are a few notable ones:

Coffee may help you live longer

In a study that followed 500,000 people from 10 European countries for over 16 years, the researchers found that drinking three cups of coffee a day ‘was associated with reduced risk for death from various causes’. The results were published on Annals of Internal Medicine in August 2017, and you can find it by following this link.

In 2017, scientists from Stanford University School of Medicine published a multi-year study that shows caffeine (by way of coffee) can counter chronic inflammation, which is linked to many types of cancer and diseases. This study possibly explains why coffee drinkers tend to live longer as suggested in the paragraph above. You can find the study by following this link.

Coffee may help you lose weight

In June 2019, scientists from the University of Nottingham in England published a paper that suggests coffee can stimulate brown adipose tissue or more commonly known as ‘brown fat’. Brown fat is widely considered to be good fat as it burns calories, and coffee is shown to have a direct effect on its functions. You can find the study by following this link.

A 2011 study from scientists at the Huazhong University of Science & Technology found that people who drink four or more cups of coffee a day have a 50% lower risk of getting type 2 diabetes. This is due to three compounds found in coffee – caffeic acid, chlorogenic acid and caffeine. Together, these compounds work to block the toxic accumulation of a protein linked to type 2 diabetes. You can find the study by following this link.

Coffee may reduce the risk of suicide

After reviewing three large US studies, the researchers at Harvard School of Public Health found that ‘the risk of suicide for adults who drank two to four cups of caffeinated coffee per day was about half that those who didn’t.’ You can find the study by following this link.

In addition, coffee is said to prevent neurodegenerative diseases like Alzheimer’s, but so far there are still no definitive answers on this one. Despite the amount of positive reportage of coffee’s health benefits, it should be noted that there are risks and drawbacks to coffee consumption.

Caffeine-based drinks such as coffee are known to be common triggers of heart palpitations. Contrary to the aforementioned benefits, coffee is also a recognised trigger of anxiety, and some studies show it to worsen depression.

Additionally, coffee has been found to disrupt our circadian rhythm (or body clock) which can seriously affect our sleep cycles, while animal studies have shown that regular caffeine intake can reduce the chances of pregnancy.

Those who already have type 2 diabetes may also need to stay away from coffee, as caffeine is proven to interfere with how your body responds to insulin, according to this article on webmd.com. 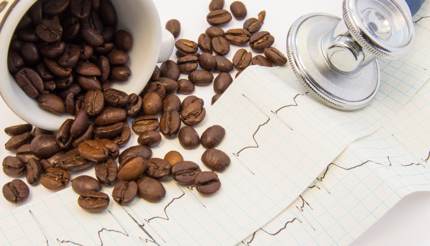 How much coffee can you safely drink in one day?

Many health experts now believe that moderate coffee consumption may do more good than harm to our physical well-being, but what is moderation?

In the US, the 2015-2020 Dietary Guidelines for Americans suggest that “moderate coffee consumption (three to five 8-oz cups/day or providing up to 400 mg/day of caffeine) can be incorporated into healthy eating patterns.” 8-oz is about 237ml or one unit of a standard cup.

In the UK, the British Medical Journal suggests that three to four cups of coffee a day have some health benefits.

Having said that, it is recommended that pregnant women should cut the number down to about 200 mg/day.

Before you rush off to put the kettle on and enjoy a cuppa, it is important to stress that coffee isn’t a universal health remedy. If you are facing a health risk, it is better to talk to your doctors than to start drinking more coffee.