Whether you like crabs’ claws, chillis, craft beer or cheese, we’ve found a foodie festival to suit you. Now, where are my wellies?

Green Man Courtyard Welsh Beer and Cider Festival 25-29 May King’s Cross, London As the publicity says, “Courtyard is all about Beer, Music and Wales” – the best of Welsh craft beer and cider, a fine line-up of Welsh – and international – bands including. courtyard2017.com/artists 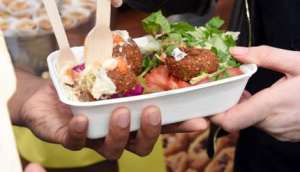 Blenheim Palace Food Festival 27-29 May Blenheim Palace, Woodstock, Oxfordshire. Regional food and drink from 120 stallholders: artisan bakers, craft brewers, gourmet burgers, international cuisine in the grounds of the splendid 18th-century palace built for the Duke of Marlborough to celebrate his victory over the French at the battle of Blenheim. blenheimpalace.com 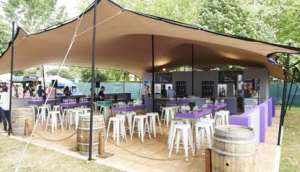 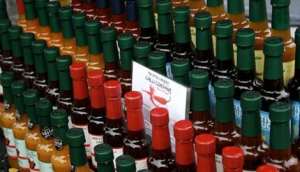 Maldon Smoke and Fire Festival 19-20 August Maldon, Essex A red-blooded family celebration of fire and smoke – with added chillis and music. A must for dedicated grillers, with international barbecue chefs, plus chilli eating competitions and chilli cook-offs. Approved by the International Barbecue Network and the Scoville Food Institute. smokeandfirefestival.com 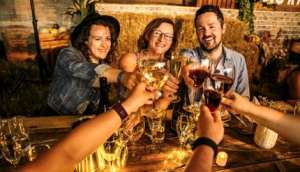 Big Feastival 25-27 August Kingham, Oxfordshire Rock ‘n’ roll and roquefort from the Blur bassist-turned-cheesemaker Alex James. Much like the Buckingham Palace garden party, you’ve got as much chance of seeing James and his celebrity pals (former pm David Cameron for one) as you have of shaking hands with the Queen. Starry line up of chefs from Mark Hix and Antonio Carluccio to Gizzi Erskine and Romy Gill. Music from Olly Murs, Madness and De La Soul, among others. The Feastival now has an international arm in Canada. uk.thebigfeastival.com/