If you think single malt whisky, you immediately think of Scotland. In fact, the spirit is so imbued with Scottishness, that it’s difficult to think of a whisky without the traditional images of men in kilts, pipers, and thistles springing to mind. But all that is changing with distillers all over the world now making whisky of their own.

A World of Whiskey

For centuries the Scotch had it pretty much their own when it came to making whisky. But slowly but surely an increasing number of distillers and spirits producers around the world have watched and listened and seen how they do it in Scotland and are now trying to do the same, or create their own version of whisky, in their part of the world.

Leading the way are the French, who are taking on the Scots at their own game, with an increasing number of distillers in France producing single malts. (see our separate article).

But it’s not only the French. In a development that is probably very galling for the your average Scotsman, the “auld enemy” the English are making attempts to breathe new life into the English whisky industry – and not without some success.

While the last distillery in England closed more than 120 years ago, the English Whisky Company, advised by retired Laphroaig master distiller, Iain Henderson, is attempting to revive the industry and began producing English whisky in 2006. Other distillers, such as Cotswolds and Lakes, have followed. Penderyn, in Wales, is even older (founded in 2000) and has built up a successful export business, primarily to the US.

And there are an increasing number of small American distilleries which are now producing single malts, such as St George Spirits in Alameda, California and McCarthy’s in Portland, Oregon.

Scandinavia is also a hotbed of whisky distilling. Sweden’s Mackmyra got an early lead and is releasing a credible malt in large quantities. Countrymate Box is making whisky from antique strains of malt and ageing it in a range of different barrels, including Hungarian oak.

And in Finland there is Teerenpeli and several distilleries popping up in Denmark as well. Iceland’s Eimverk has Flóki, which is not yet three years old, but is produced with an interesting hybrid distillation that incorporates elements from both Scotch and bourbon traditions.

R. Jelinek, the historic Czech slivovitz distiller, also has a 12-year-old malt interestingly called Gold Cock, and Broger, in nearby Austria, has a peaty whisky called Burn Out. There are other very small malt whisky makers scattered across Belgium, Switzerland, Germany, and Liechtenstein.

Going even further afield then you can find whisky distilling taking place in Australia, Indian and Taiwan, which is making some of the best single malt whiskies outside the traditional distilling countries.

India’s Amrut Distillery created a sensation when its three-year-old whisky arrived in American liquor stores. It wowed drinkers with its maturity, which is quite a feat given that the country’s hot climate ages the whisky incredibly quickly and causes quite a lot to evaporate as it ages. To address this issue, Amrut took on Jim Swan, the world’s foremost expert on wood ageing of whisky, to help. 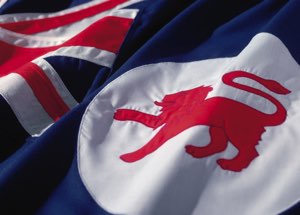 Even the Aussies, better known for their wine production than whisky, are getting in on the act.

The pioneering Australian Bill Lark started his distillery in Tasmania in 1992 and while other distilleries have since opened, his Lark Whiskey is still the benchmark, especially the releases aged in Australian port barrels.

While Tasmania remains the heart of Australia’s whisky industry, expansion elsewhere has been swift, with an estimated 20-plus distilleries in operation, scattered through New South Wales, Victoria, Queensland and Western Australia.

Meanwhile, Taiwan’s Kavalan made an incredible world debut with its Kavalan Solist Vinho Barrique scooping the title of the best single malt at the 2015 World Whiskies Awards.

Master blender Ian Chang, assisted by Swan, has created a selection of malts in a brand-new distillery in a  rural area of northeastern Taiwan. Quick tropical ageing has been adapted to traditional wood techniques, producing excellent malts that represent good value for money.

Clearly, there are many new single malt whiskies from around the world of an excellent quality, but are they sufficiently different from their Scottish inspiration to be notable?

Some, like Kavalan, succeed based solely on sheer excellence. But others are still finding their way, looking for that unique twist or distinct regional character. However, given that the Scots have been distilling for centuries, and some of these fledgling distillers have only been in the business for a fraction of that time, it’s a case of watching and waiting.